Since the year 2000, diagnoses of Autism Spectrum Disorder (ASD) in the United States have almost tripled. Fortunately, public awareness and understanding of effective, evidence-based interventions of ASD have grown similarly over that same time period. Recognizing ASD in children at an early age (e.g., by age three) allows treatment to occur sooner, which can lead to significantly enhanced outcomes later in life (Dawson et al., 2012; Horovitz & Matson, 2010).

Stories and videos for retrospective diagnosis

Until the mid-1990’s signs of ASD in the early years of a child’s life were usually gathered through anecdotal evidence from parents, retrospective analysis of materials like a family’s home video collection (Osterling & Dawson, 1990; Osterling, Dawson, & Munson, 2002), or prospective data that might be observed on a doctor visit.

Osterling & Dawson (1990) conducted a study in which they reviewed videotapes of first year birthday parties for neurotypically-developing children and children later diagnosed with ASD. The investigators found that children later diagnosed with ASD did not observe changes in their environment (i.e., someone calling their name) or make eye contact as often as their peers. In addition, they more often played alone and did not consistently engage with others. These findings were later replicated in a subsequent study conducted by Osterling et al. (2002). 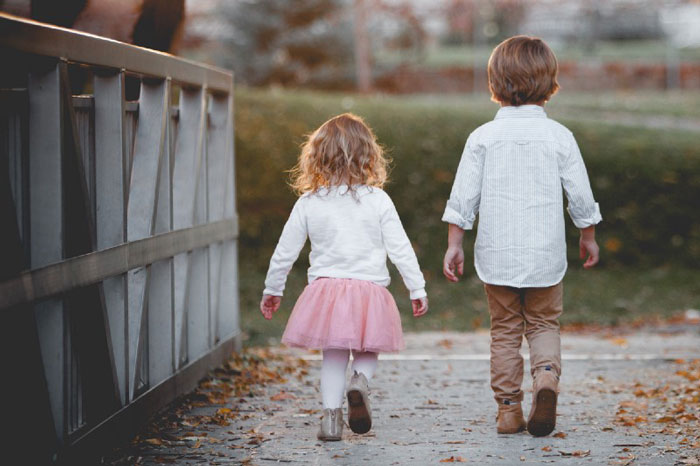 Studies on communication impairments in toddlers

In a series of two studies, Horovitz and Matson (2010) investigated communication impairments in toddlers diagnosed with ASD, typically-developing children, and children with non-ASD developmental delays between the ages of 17 and 37 months using the Communication subscale of Baby and Infant Screen for Children with aUtIsm Traits (BISCUIT). The first study compared the scores of 20 typically developing toddlers to those of 20 ASD-diagnosed toddlers and found significantly more communication impairments in those diagnosed with ASD.

“While all groups expectedly evinced communication impairments, the current results show that it is possible to discriminate between these impairments, even at a young age. This approach will even further aid in the early detection and diagnosis of ASD and implementation of early interventions.” (Horovitz & Matson, 2010, p. 396).

These findings, along with other groundbreaking studies in the previous decade, helped lay the groundwork for IDEA Part C to be introduced by the US Department of Education (Individuals with Disabilities Education Act, 2004). On September 6, 2011, the US Department of Education updated IDEA Part C to include specific interventions for children aged two years old and under who have disabilities or have conditions that may lead to future developmental delays (Adams & Tapia, 2013).

Research in identifying early indicators of ASD has helped pave the way for millions of children with autism to receive services at an earlier age, which can be crucial in advanced verbal behavior development (Greer & Speckman, 2009; Hart & Risley, 1995). Put another way, this opportunity to access intervention at an early age can be pivotal in communication development and higher learning (Larsson, 2013).

Correspondence for this article can be directed as follows:
Noor Syed: nos218@lehigh.edu
Greg Brill: greg@threadlearning.com

The author acknowledges Sue Lacy for editing and review.

This story is presented by Thread Learning, Inc. as part of a series on topics important to the advancement of knowledge, awareness, treatment and understanding of Autism Spectrum Disorder. We sincerely thank our guest writers and contributors for making this project possible.

Big Data in Healthcare and ABA